No wires, no hat : simply add a push button and some feedback to your Pi Zero.

By default, a Pi lacks basic user interaction.
You can log over the network, add various shields, but some simple actions are out of reach.

The most critical needed feature is a way to safely shut the Pi down. That seems easy, but in various situations, it’s not!

So, we came up with these constraints:

The Pibow case from @Pimoroni is a gorgeous, candy like case for your Pi Zero.
It protects everything but exposes the inner components, and allows for various hats to be plugged in.

We used it for our prototype, but the official Pi Zero case is suited as well. 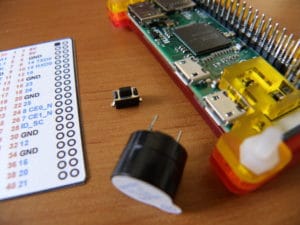 We used a small push button and an active 3v buzzer.
Although basic, these two components allow for a large range of features.

I got 5 buzzers on ebay for a few €, same thing for the buttons.
Choose a 12 mm 3v active buzzer, and surface mount push buttons.
Here is a list of

and here are some buttons

The pins space fits the Raspberry header, so it’s a child’s play to find a matching position.
We want a GPIO pin and a Ground one, and don’t want to hide or use a reserved pin, such as I2C for instance.

BTW, you can print this sheet with at scale pins for your Pi’s header, thanks to @winkleink (link on pic) 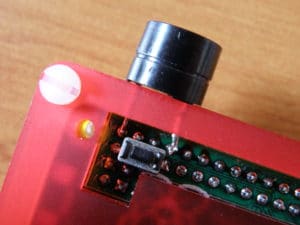 The Pibow case is assembled with the screws upside down: their heads serve as feet.
The space left under the case is just what we need for the button to take place, as well as the buzzer.

The push button is directly soldered under the header. It can’t be pushed by mistake, but is easily actionable, even with large fingers. 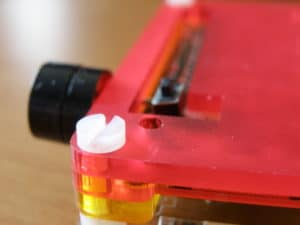 The buzzer needs 2 saw lines in the orange layer to let it’s pins pass through. This does not damage or weaken the Pibow. It’s then soldered to the header (beware of the buzzer polarity: Plus goes to pin 40, minus to GND, pin 34).

Once soldered, the case can always be assembled or disassembled at will.

Hats can still be used with little constraints (as long as they don’t use pins 40 and 33, you’ll be fine).
No extra wires
Not accidental button pushed
Audio feedback and alarm 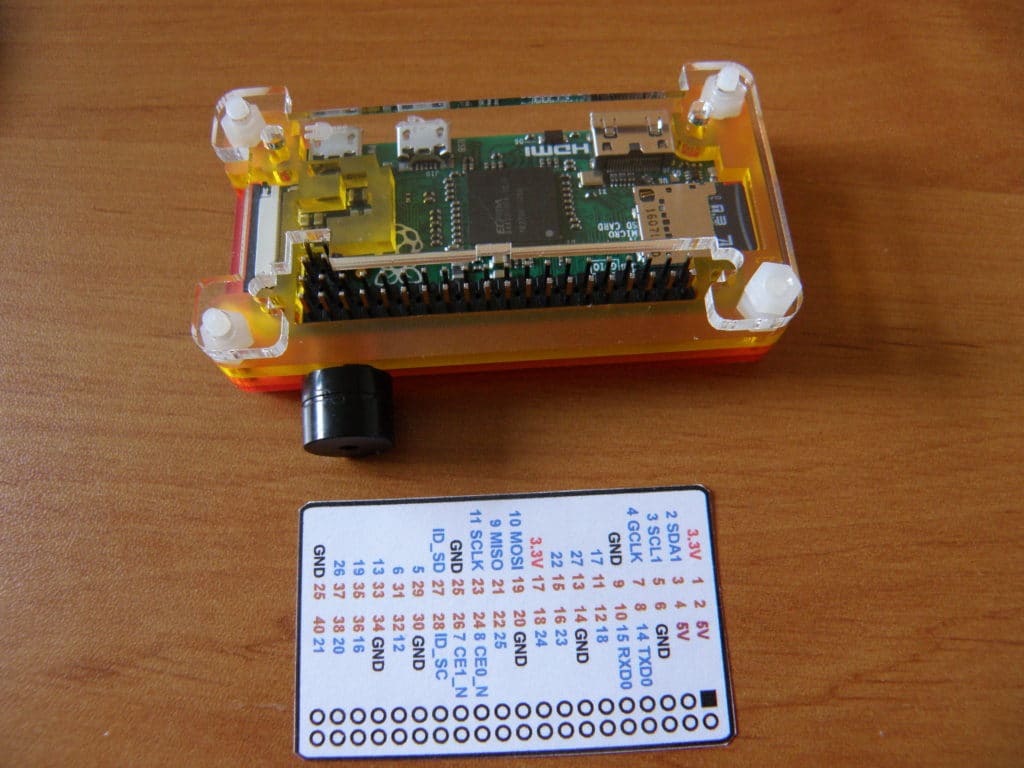 This is just the hardware part, several features will come as software, the first one being the classic shutdown/reboot button (with a twist).

Star and watch the Github repo to see when something new is pushed, and follow @actuino on twitter!